Windows 11 is now widely available for supported hardware, but the operating system is far from complete. In addition to missing features, another problem with Windows 11 refresh is that not all apps have been updated with a new look. However, Microsoft has tried to further refresh some of its most used apps.

Chromium-based Microsoft Edge has already received a redesign compatible with Windows 11, but more improvements are coming. Microsoft is now working on rounded corners for tabs in the Edge browser alongside the Mica effect for the tab strip which will be enabled by default.

The most recent update for Edge Canary enables support for a new experimental feature that brings a new look to the tab strip. As you can see in the screenshot below, Microsoft Edge’s tab buttons are getting rounded corners, which matches the core design of Windows 11. 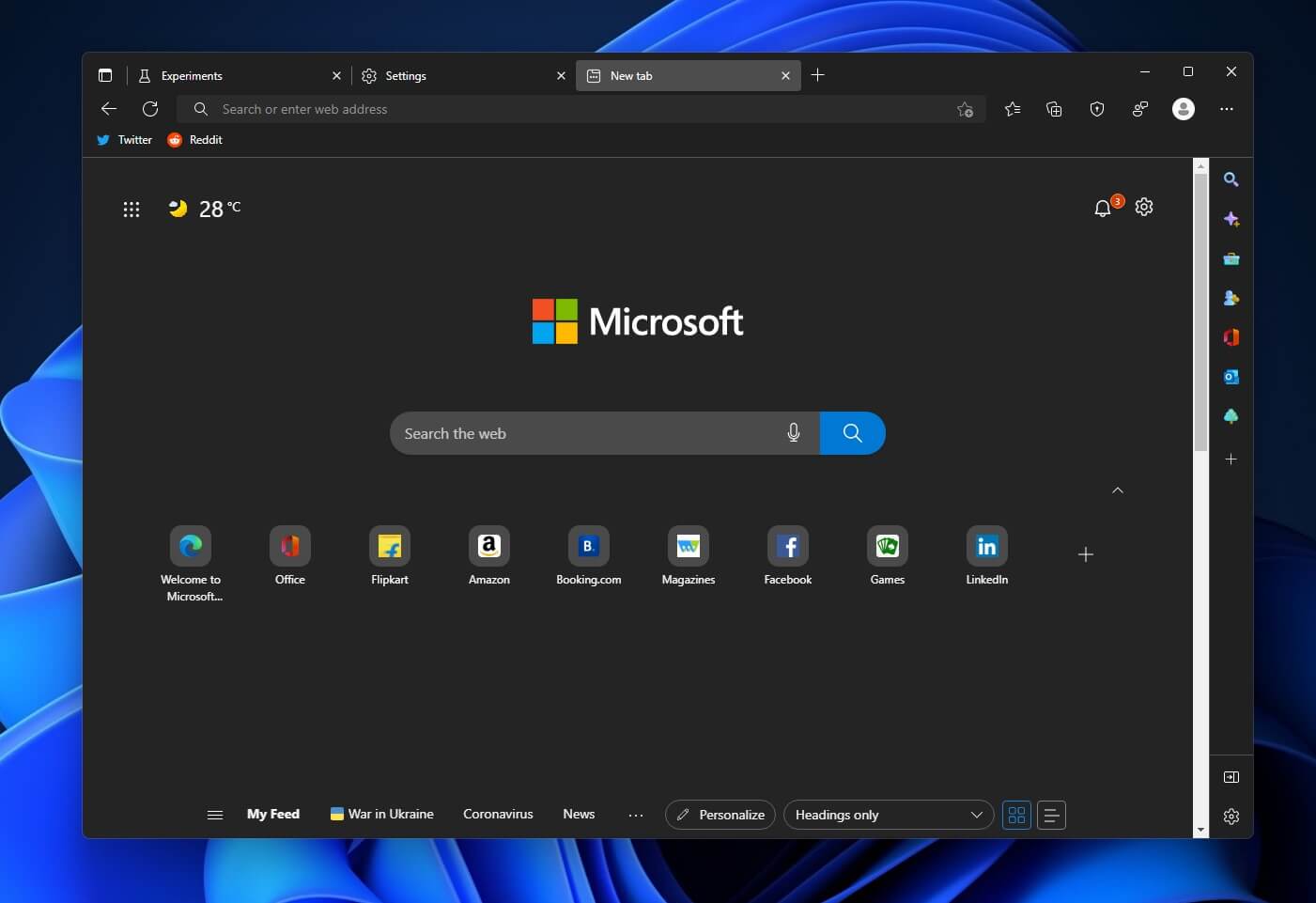 The new visual enhancements are not enabled by default, so users will have to manually enable them by enabling two options in Settings:

The above two options are only visible if the experimental flag #edge-visual-rejuv-show-settings” is enabled. If the flag is disabled, go to edge://flags and enable it, then restart the browser to see changes.

It’s worth noting that the update isn’t live for everyone yet and the company is still working on both Mica and rounded tabs in Microsoft Edge. We should see the visual facelift in Microsoft Edge in the coming months, but the update will go to Dev and Beta users first.

In addition, the web browser will also get new scroll bars and Edge will look even more modern thanks to WinUI-inspired scroll bars.