Microsoft released a new development build of its Microsoft Edge web browser this week that makes a number of changes to the browser. Included in the changelog is the information that Microsoft Edge 110 (Stable) won’t run anymore on devices running Windows 7, Windows 8 or Windows 8.1

“Starting with Chromium 110, Windows 7, 8 and 8.1 will no longer be supported”, Microsoft says in the release notes. Microsoft follows Google’s end of support timeline for the operating systems. Windows 7 and 8.1 will reach end of support on January 10, 2023. The first Patch Tuesday of the year 2023 is also the last for Windows 7, 8 and 8.1. Chromium support ends in January 2023, and so will support for Google Chrome for these operating systems.

Google started to display notifications in Chrome on Windows 7 and 8.1 devices that suggest an upgrade to Windows 10 or newer.

Not all browser makers have revealed regarding end of support of their browsers for Windows 7 and 8.1. Most browsers based on Chromium will likely follow the end of support timeline of the project; this would mean that newer versions of these web browsers won’t run anymore on Windows 7 or 8.1 devices after January 2023.

Mozilla, maker of Firefox, has not announced its plans regarding end of support yet. Mozilla discussed the option to extend support until August 2023 when the next major Firefox ESR version is released.

Users who plan to stay on Windows 7 or 8.1 face tough decisions. While it is possible to get some security issues fixed, courtesy of security company 0Patch, it is clear already that some issues won’t be fixed. Most browsers will stop working in 2023 as well and there is the chance that some sites will refuse access as well. 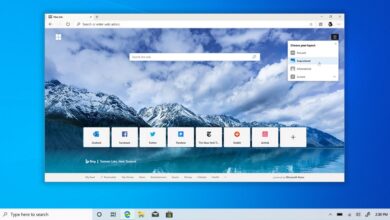