Microsoft Store is something that has been available to Windows users for a while, but it lags behind Apple and Google. With Windows 11, Microsoft is improving its efforts in the app store by bringing apps created in any framework to the Store and adopting a new interface that provides a quick and easy way to browse, install and update apps.

If for any reason you prefer the web interface to the Microsoft Store, there is a new Microsoft website that allows you to download apps directly from the web browser. Microsoft has been working on a new web-based Store for Windows 11 for a while now, and it looks like the stable version of the site quietly went live earlier this month.

Microsoft has not officially announced a design refresh yet, and the classic site will remain accessible for now.

The Store is called “Windows Apps” and it serves the same purpose as the original Store app: to help you explore content when you’re away from the primary device. It is also useful if you prefer to discover links through a search engine or platforms. 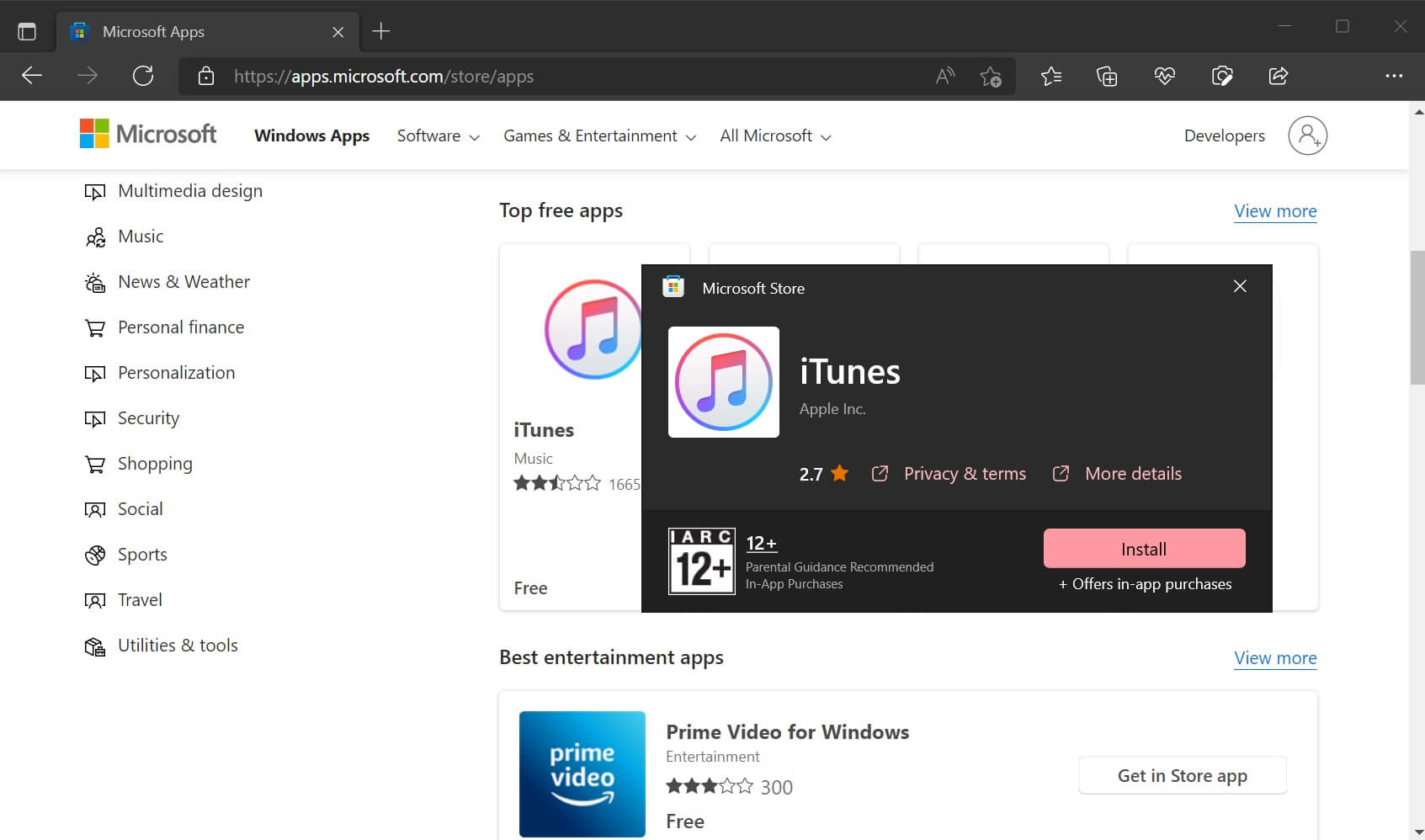 As you can see in the screenshot above, Store web new design is moving closer to Windows 11 and seems to follow the Fluent Design principles. It uses rounded corners, minimalist icons, and more. It doesn’t have support for dark mode though, but this could be added in a future release.

Unlike the classic web store, the new Microsoft Store doesn’t allow you to view information such as the app’s last update date or release date, but you can still view app descriptions, screenshot previews, and reviews and ratings.

You can also click the ‘Install’ button to download the app from a new popup that will do the installation process without even opening the app store.

What’s rather interesting is that the portal also provides access to traditional desktop apps, including unzipped apps.

While the store no longer has the beta/preview, it is still in early development and we expect more improvements in the coming months.